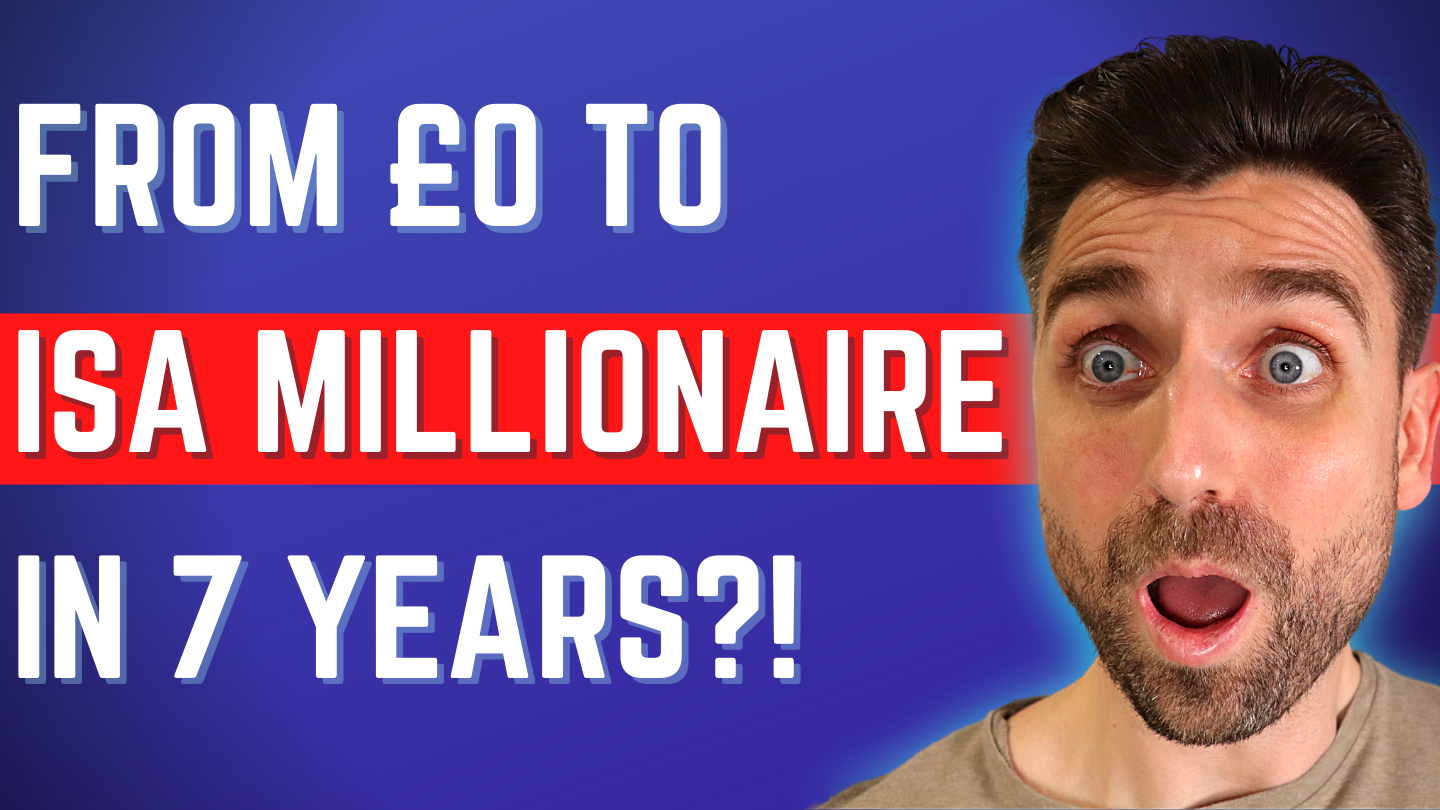 Stocks and shares ISA millionaire has a nice ring to it, don’t you think? Hi guys, welcome to the Tax Free Investing Blog where I discuss strategies to make sure you’re getting the most from your money by keeping more of it yourself and paying less in tax.

Today we are focussing on the ISA wrapper. We will be discussing a specific investment strategy which, based on its recent performance, is putting investors on target to reach £1m value with just the minimum annual ISA subscription (£20,000) in only seven years. 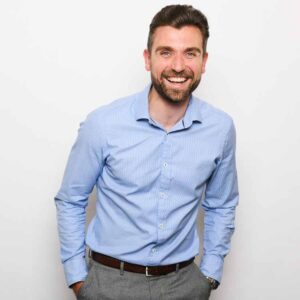 Before we begin, let me introduce myself. I’m Chris Bourne. I’m a financial planner here in the UK specialising in wealth management, retirement planning and tax planning.

I help people achieve financial independence early, tax efficiently. If you want to read any other posts on my blog click here. Or check out my YouTube Channel for informative videos.

ISA stands for Individual Saving Account. It is an investment ‘wrapper’ (more on this below), which shelters gains made on your investments from all forms of UK tax.

What Is An ‘Investment Wrapper’?

One of the first things to explain about an ISA is that it is not the ISA that determines the return you receive. The investments held within the ISA are what produce the return… the ISA simply determines how those returns are taxed (or not taxed as the case may be).

A ‘wrapper’ therefore describes the account within which investments are held. Other examples of wrappers are pensions (personal pensions, SIPPs, SSASs etc) and investment bonds.

There are different types of ISA available, which can be confusing. Let’s get into them… 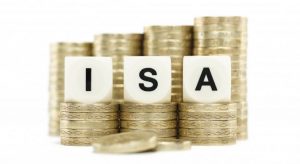 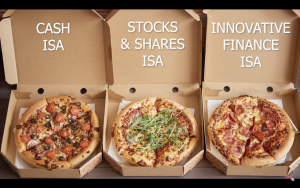 How Do They Work?

You can pay in a maximum of £20,000 per tax year into ISAs in the following ways:

You can’t have more than one of the same type of ISA active in any one tax year though (you can’t have two different Cash ISAs for example), and you can’t pay in more than £20,000 total.

So each ISA can hold a different type of investment but the thing they all share in common is that they protect your returns fully from tax.

Which ISA Will Produce The Best Return?

Stocks and Shares ISAs (often referred to as Investment ISAs) have the potential to produce the best returns. I say potential, because the return you get is not guaranteed. Investing into stock market based investments carries risk and your capital can go down as well as up in value. The longer you invest for though, the greater the chance you will have of receiving a good return on your investment.

If you wanted to access an ISA with wide investment choice you could either go to see a financial adviser, or go directly to a company like AJ Bell, Hargreaves Lansdown or Fidelity.

On the other hand, if you wanted something where the choice was a bit more ‘guided’, shall we say, from a narrower range but still of very high quality, Vanguard or MoneyBox would be good options.

So, what is this investment strategy that has produced such fantastic returns for investors of late? Let me introduce you to The Scottish Mortgage Investment Trust. This investment fund can be held in an ISA and has produced phenomenal results in the last five years. If the same pace of growth continued for another two years, they would make anybody who has been paying in their maximum ISA subscription over that period of time, a millionaire. 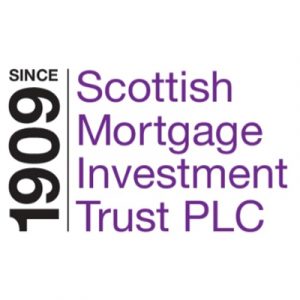 Now it’s important for me to say right here that I am not making a recommendation for you to go out and buy this investment fund! Yes, I am a financial adviser, but what I’m saying here is not me giving you financial advice. You have to understand the risks of any investment and do your own research to ensure that you’re comfortable with the risks and that any investment is suitable. That choice is entirely your own.

This particular strategy isn’t new – it’s been around for many years. It was originally formed in 1908 and is now owned by the Baillie Gifford group. It has a long history of good performance, but it’s really rocketed in the last 12 months delivering a 110% return in that year alone. That is exceptional for an investment fund holding a number of different stocks. Individual stocks will sometimes produce returns like that, but it’s rare for diversified funds to do so.

What Is This Investment Fund?

What does it invest into? How does it differ from other popular investment strategies and how does its performance compare?

Well, to firt describe what it is, Scottish Mortgage is an Investment Trust.

An Investment Trust is a type of pooled investment fund which is closed ended.

Simply put, pooled just means lots of different investors’ money is pooled together and managed by the trust’s fund manager or managers, who make all the decisions on how the money is invested.

Closed ended means that there are only a specific number of shares available to buy, unlike the slightly more common unit trusts or OEICs (Open Ended Investment Companies), which are open ended and can offer an unlimited number of shares.

There are ways for Investment Trusts to issue more shares, but the different methods have their own limitations. Generally speaking, investment trusts are viewed as being higher risk than their open-ended counterparts for a couple of reasons:

One is that their closed ended nature is generally to allow the fund manager to take longer term, sometimes less liquid investment positions. The other is that Investment Trusts are allowed to borrow money to increase the size of their positions, which is called leverage or gearing.

That increases the risk because if the investment doesn’t pay off and the value falls, not only has capital been lost but the borrowing has still got to be paid back.

Scottish Mortgage invests into a concentrated selection of growth companies, with a bias towards technology. Its largest holding, at around 9% of the fund is Tesla, and that has of course contributed strongly to its stellar performance of late. 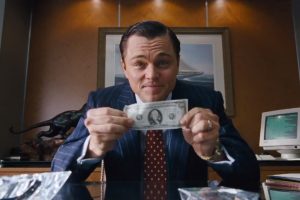 If we were to compare it side by side with another popular strategy though, what do we see?

To illustrate this I’ve used the Vanguard LifeStrategy 100% Equity fund as a basis for comparison and this chart illustrates the relative performance of the two investments:

Vanguard are of course an extremely good fund manager, known mainly for their index funds. I personally hold this Vanguard fund in my Stocks and Shares ISA.

The chart tracks comparative performance over the five year period between 22 January 2016 to 21 January 2021. You can see that the difference is quite stark and let me be clear, the Vanguard fund is no slouch! It’s delivered a return of over 90% in the last five years – 18% a year on a compounded basis. You wouldn’t have been disappointed with that, but the return from Scottish Mortgage has been quite incredible.

The Power Of Compound Interest

Well, that is the power of compound interest my friends… Growth on your growth!

The 8th wonder of the world as Einstein called it. He who understands it, earns it, he who doesn’t, pays it.

What About The Difference In Risk?

Let’s put this into context…

This chart shows the risk rating given to each of these funds by Financial Express as at 21 January 2021:

Financial Express have given Scottish Mortgage a risk score of 127, and the Vanguard fund a risk score of 79. That score is based on a comparison with the FTSE 100 index, which would be scored 100. So what this is saying is that if the FTSE fell by 10%, Scottish Mortgage would be expected to fall by more than that, but the Vanguard fund would be expected to fall by less than that.

That’s not surprising considering the very different make-up of the two funds. Scottish Mortgage holds a concentrated of around 50 to a maximum of 100 stocks, some of which are private unlisted companies.

Vanguard LifeStrategy is an index fund; it holds around 7,000 stocks, all of which are publicly traded.

So although both funds invest into stocks, one is more diversified and lower risk than the other.

The big question is, can Scottish Mortgage carry on like it has been?

Surely, the big American tech boom has to come to an end at some point? Well, yes it probably does, and Tesla is unlikely to storm up by 700% in value again in 2021, but the fund does hold some other exciting small companies.

The medical device manufacturer Tempus for example is doing some great things, as are automotive industry disruptors like Aurora and Convoy.

It is possible, but as I always say it isn’t a good idea to jump on bandwagons. You have to understand the investment and the methodology of the fund managers. You also have to know how the fund overlaps with other investments in your portfolio.

What Is The Benefit Of The ISA?

I don’t consider myself a stock market expert… I’m not a stock broker or a fund manager, but I would consider my an investment taxation expert. One thing I can say is that the value of the ISA shelter, if investors were to reach £1m, would be huge! 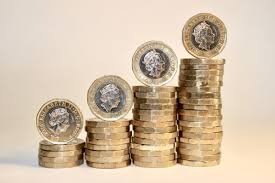 If we were to assume that someone sold their shares after reaching £1m having paid in £140,000, and those shares weren’t inside an ISA…

Assuming there was just a single capital gains tax exemption available, there were no reinvested dividends, no carry over reliefs, no initial costs to consider, the tax they might pay could be in the region of £165,000 – £170,000.

If they were held in an ISA though, that tax would be ZERO. Zip. Nothing!

That my friends, is the power of an ISA!

If you want to learn more about building TAX FREE growth and income, not just from ISAs but through other methods as well, subscribe to my YouTube channel here. I post videos every week to help you on your wealth building journey.

Until next time guys, stay savvy.

This website uses cookies to improve your experience while you navigate through the website. Out of these, the cookies that are categorized as necessary are stored on your browser as they are essential for the working of basic functionalities of the website. We also use third-party cookies that help us analyze and understand how you use this website. These cookies will be stored in your browser only with your consent. You also have the option to opt-out of these cookies. But opting out of some of these cookies may affect your browsing experience.
Necessary Always Enabled
Necessary cookies are absolutely essential for the website to function properly. This category only includes cookies that ensures basic functionalities and security features of the website. These cookies do not store any personal information.
Non-necessary
Any cookies that may not be particularly necessary for the website to function and is used specifically to collect user personal data via analytics, ads, other embedded contents are termed as non-necessary cookies. It is mandatory to procure user consent prior to running these cookies on your website.
SAVE & ACCEPT
Subscribe to our Newsletter

Pop in your email address for regular EXCLUSIVE content. Don’t worry – we’ll keep it relevant and not spammy!