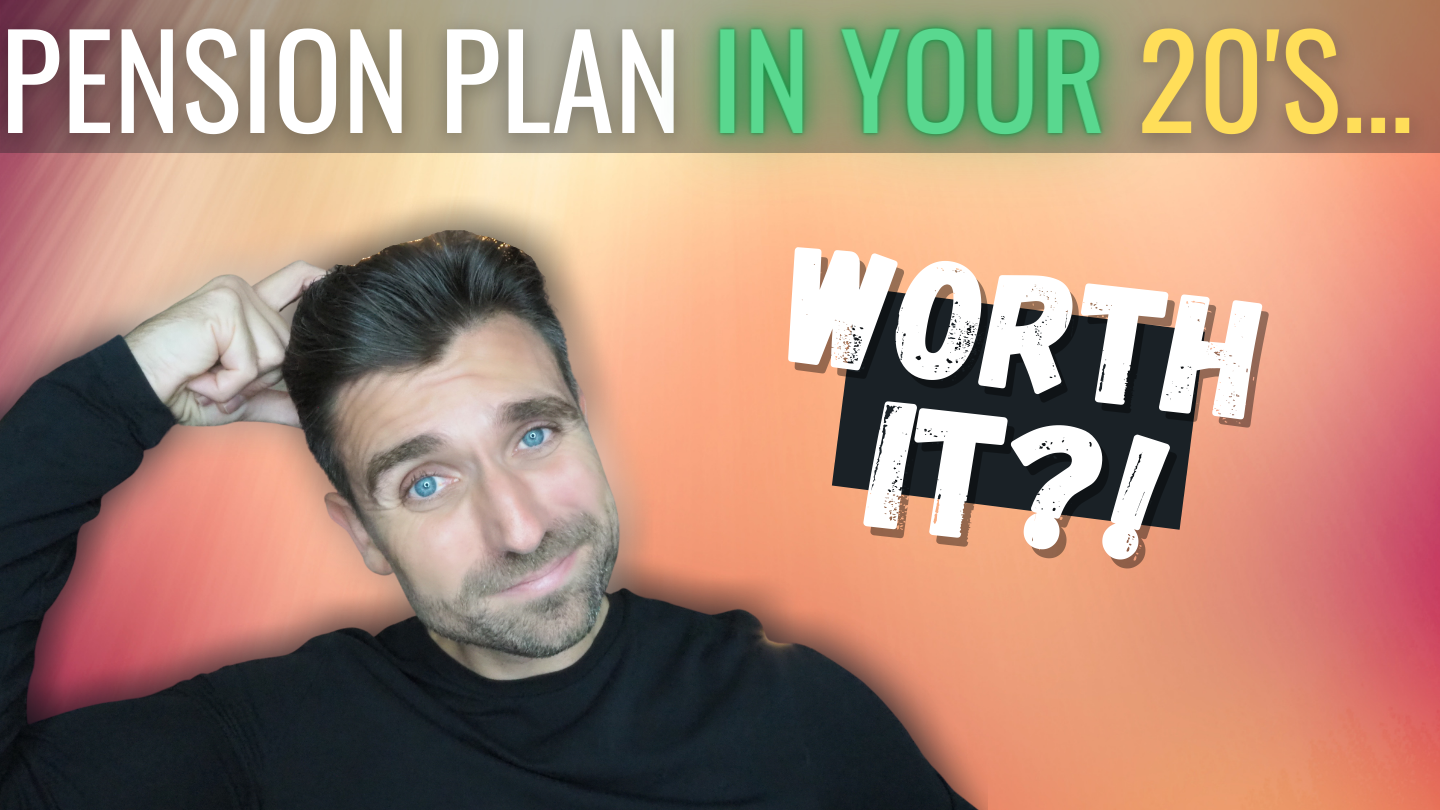 Should You Have A Pension in Your 20’s?

Today’s post is going to focus on pensions and specifically, whether you should invest into one or not. I’ve said in your 20’s, but really at any age. The idea of paying into a pension of course is to build up money in order to provide you with a comfortable retirement. But what are the main advantages to you? Are there better ways to save or invest for retirement?

Firstly, Who Am I?

So if you are new here, don’t know me and haven’t yet read any of my posts: I am a financial planner and have been for 16 years. If someone was to ask me what my main area of expertise was and I had to choose one, I’d say it was pensions. I’ve spent a good portion of every working day for the last 16 years discussing and advising upon different areas of pension planning. A lot of my professional qualifications are in that field too. So although I’m only passing on my opinion here, hopefully you can see that it is at least a qualified opinion.

Now having said all of that, I’m not some sort of pension evangelist who thinks they’re the only way to fund for your future lifestyle either. I think they’re part of the overall puzzle, but quite an important part. I’ll explain just why that is and why funding one as early as possible could be of huge value. Most of my knowledge is based on the UK financial and taxation system, but most of what I say will apply wherever you are in the world.

I’d love to know as well if you’ve got a pension at the moment or any type of specific retirement vehicle in addition to a workplace pension… What do you think of pensions?

Areas to look at:

There are a lot of myths and pieces of misinformation when it comes down to pensions. Most have been passed on from person to person and based on poor understanding or negative experience.

A lot of the time that negative experience is due to lack of proper guidance in the first place, which could have been avoided.

In a pension you can hold shares, index funds, exchange traded funds, all of the same things you can hold in a brokerage account – those things go up and down in value. The pension is just a tax shelter, which can be used to improve your results.

Firstly, I like real estate as an investment. It carries some serious advantages that I discussed a little while back in my property leverage video. But that statement is misguided and is often used to put people off investing in pensions. Property prices have not increased as much as the US stock market has over the last 30 years… That’s a fact.

For starters though they probably didn’t buy it outright, they probably used a mortgage. So the actual cost of the purchase with all of the interest added over 25 years would have been higher.

They then forget about all of the bills they’ve had to pay to remain in that house. Then the redecorations and extensions that have been added to keep it looking nice and maintaining its value.

I can categorically promise you that if you’d started with an initial pension investment of 60,000 in 1990, put it into a global index tracker fund and paid in the same amount as you’d spent on your house, it would be worth more than 350,000 now.

That isn’t to say property investment isn’t a good idea because it absolutely is. It offers huge potential. I’m just saying that to illustrate that, most of the time a direct comparison can’t be made between someone’s own house value and their pension. Their pension would usually not have been given anywhere near the same level of funding.

So this is where a pension really comes into its own. Tax relief on pensions is what can make your investments grow faster. In most parts of the developed world there are tax incentives for saving into retirement vehicles like pensions. These will ensure that you pay less tax and therefore keep more of your money. Money that can then be reinvested so you can retire earlier, or just have a more comfortable retirement.

There are different ways pension tax incentives work in the UK, but if you are paying into a personal pension, whatever you pay in will have 25% added to it upfront.

That’s because it’s assumed that you’re paying in money that you’ve earned, which has been taxed, so that tax is awarded back to you by being added to your contributions.

If you pay higher rates of tax, at either 40% or 45%, you receive relief against this too because your pension contributions are added on top of your basic rate tax band when your tax is being worked out. This means more of your earnings are taxed at a lower rate and you actually take home more.

That’s why if you’re a higher rate taxpayer and you make private pension contributions, you should always complete a tax return in order to receive that benefit.

There are limits to what you can pay in each year to pensions based on your earnings and that is pretty much the case the world over. Check out what those limits and allowances are because it is usually certain to benefit you.

The younger you start, the more chance you get to benefit from this with the power of compound interest, which is the phenomenon of getting growth on your growth.

Pensions are designed for retirement security, which means that there are usually locks on how soon you can actually access your benefits and start taking an income.

In the UK it’s currently age 55 and that is planned to increase to 57 in 2028. Other countries are generally broadly similar with slight differences, so check out the rules wherever you are.

This is good in the sense that if you’re young, your money will have loads of time to grow and provide a healthy income for you in the future. HOWEVER, if you’re going full steam ahead and you want to retire in your 30’s or 40’s; a pension isn’t going to be all that helpful to you.

I wouldn’t forsake them completely because it’s still good to have a supplementary income kick in later down the line, but your focus would have to be more on building other types of investments. That would be things like share portfolios in brokerage accounts and direct property portfolios.

You should always look to use other tax effective vehicles that aren’t age locked, such as ISAs in the UK.

For people who don’t want to live on their investments until mid 50’s onwards however, pensions are a good option and there are usually a number of choices for how you can take your pension income.

In the UK these days, it is totally flexible, almost just like drawing from a bank account. So it’s not too late to start funding a pension now.

One major bonus of pensions in the UK is that certain types of them, called Self Invested Personal Pensions (SIPPs) and Small Self-Administered Schemes (SSASs), allow you to hold direct property investments.

You can even borrow against the value of your existing pension fund in order to purchase a property currently worth more than your pension is.

A SIPP allows you to borrow 50% of the existing pension assets. So in theory, if your pension fund was worth £200,000, you could borrow half of that to purchase a property worth up to £300,000. In practice you’d need to hold some of the £200,000 back for legal and other fees and to pay for borrowing costs, but that is the theoretical principle.

The property you can buy though can only be commercial property, not residential property like houses.

You can buy shops, offices, factories, warehouses and those types of things. The major advantage of doing this is that rent will be paid into your pension. You can often get attractive rental yields from the businesses that occupy your property. That rent can then itself be invested and grow free of tax. If you were to sell the property in future, the gains would also be completely sheltered from tax. 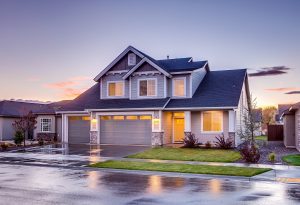 It’s very popular as a way of business owners buying their own commercial properties in a tax efficient way, but it can be done by anybody; you don’t have to be a business owner.

So Pensions… Is it worth it?

So when somebody asks me should I really bother taking out a pension when I’m young, the answer I’d give is generally YES. I would say though that if you are very serious about wanting a really early retirement, you have to remember about the accessibility aspect.

If you would like to see videos on how to invest tax free and other related wealth building topics CLICK HERE TO GO TO MY YOUTUBE CHANNEL!

This website uses cookies to improve your experience while you navigate through the website. Out of these, the cookies that are categorized as necessary are stored on your browser as they are essential for the working of basic functionalities of the website. We also use third-party cookies that help us analyze and understand how you use this website. These cookies will be stored in your browser only with your consent. You also have the option to opt-out of these cookies. But opting out of some of these cookies may affect your browsing experience.
Necessary Always Enabled
Necessary cookies are absolutely essential for the website to function properly. This category only includes cookies that ensures basic functionalities and security features of the website. These cookies do not store any personal information.
Non-necessary
Any cookies that may not be particularly necessary for the website to function and is used specifically to collect user personal data via analytics, ads, other embedded contents are termed as non-necessary cookies. It is mandatory to procure user consent prior to running these cookies on your website.
SAVE & ACCEPT
Subscribe to our Newsletter

Pop in your email address for regular EXCLUSIVE content. Don’t worry – we’ll keep it relevant and not spammy!